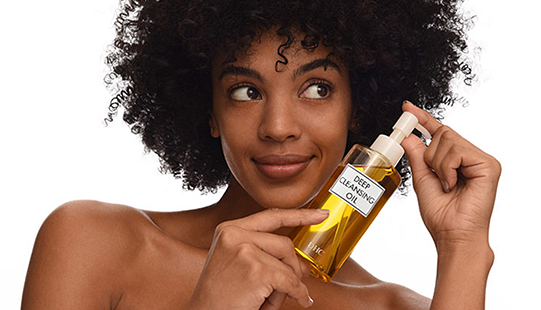 How This Beauty Editor Fell In Love With Double Cleansing

How This Beauty Editor Fell In Love With Double Cleansing

Do you believe in love at first cleanse? For me, it was all about that second step; only then did I really fall head over heels. It all started a few years back, when my friends finally convinced me to give double cleansing a go…

Once a skeptic and a skincare minimalist, I used to turn up my nose at friends who double cleansed, convinced my cleanser of choice did its job efficiently in just one go. They must be using the wrong products, I told them, if they needed to rely on more than one!

My criticism waned, however, when I noticed their skin had changed for the better after committing to a daily double cleanse. Their complexions looked clearer, their breakouts subsided, and their overall texture improved, in what felt like the blink of an eye. Soon enough, they were unable to partake in our once-frequent conversations (read: complaint sessions) about our skin struggles. Now, it was just me voicing frustrations about my face, while my friends kept quiet and said nothing.

After owning up to the fact that there might be a method to what I’d formerly considered their madness, I decided to give double cleansing a go. At the end of a long day, I dispensed a silky stream of Deep Cleansing Oil and worked it onto my face, impressed as I instantly saw all my makeup leave my skin and swirl down my sink. Next, I followed up with Face Wash, and before I knew it, the two steps I’d whined about were over and done with. And what was more, my skin felt clean – like, really clean. Not a trace of makeup remained, and although my face didn’t feel stripped, it felt purified and well-cleansed. It was a sensation I didn’t realize I’d been missing out on, and I went to bed that night determined to commit to my new routine.

Fast-forward over a year, and I’ve been living the double cleanse life ever since. I occasionally switch up the products themselves when a new formula catches my eye, but the approach is always the same: an oil-based formula to remove makeup and other impurities, followed by a traditional foaming cleanser to treat skin and further purify. My skin looks better, and I feel better about the way I’m caring for it. I’m not saying Ciara wrote the song “1, 2 Step” about double cleansing, but I am saying there should at least be a skincare-focused remix about how great this method is. The people deserve to know.